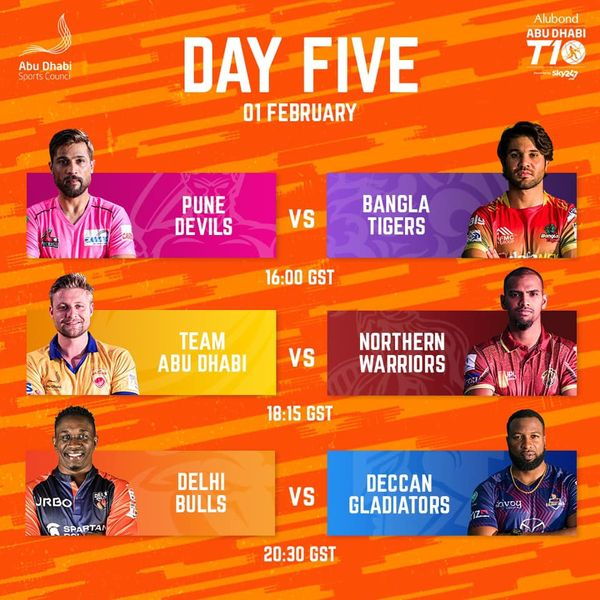 The first match was held between the Pune Devils and the Bangla Tigers which was won by the Bangla Tigers by 8 wickets. Pune Devils set a target of 115 for the loss of 3 wickets which was easily triumphed by the Bangla Tigers. Tom Kohler-Cadmore became the highest scorer for the Pune Devils making 48 runs from 25 balls. The second match of the evening was held between Team Abu Dhabi and the Northern Warriors which was won by the Northern Warriors by 8 wickets. A target of 123 for a loss of 3 wickets were set by Team Abu Dhabi. Northern Warriors made 124 for 2 wickets. Wassem Muhammad became the highest scorer for the Northern Warriors making 76 from 34 balls. Jamie Overton became the highest wicket taker for Team Abu Dhabi claiming 2 wickets in the match. The final match of the evening was the showdown between the Delhi Bulls and the Deccan Gladiators which was won by the Delhi Bulls by 8 wickets. The Delhi Bulls set a target of 122 for the fall of 2 wickets while the Deccan Gladiators folded by 118 for 7 wickets by the second wicket concluding the first day of the group stages. 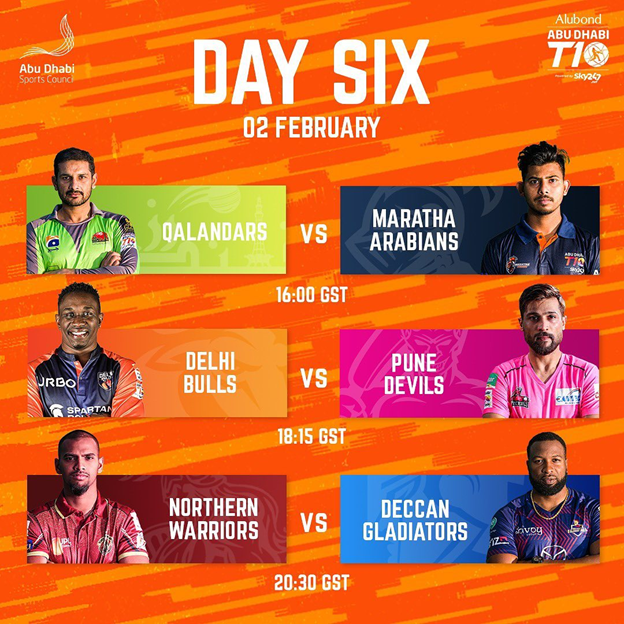 FairPlay News is a one stop destination for sports fans. The true how of the Abu Dhabi T10 League, fans from all over the globe can be a part of this great sporting renascence. For 24 hour updates, off the pitch coverage, match analysis and many more visit FairPlay News today.

To get more information, Visit on https://fairplaynews.club/

2021-02-03
Previous Post: A new global Mega Industry is emerging in 2021. BLOCKCHAIN ROBOTS will soon be building “Next Level” HOUSING at 80 TIMES
Next Post: Brahma Gems, An Award Winning 100% Natural Gemstones Store in Delhi-India